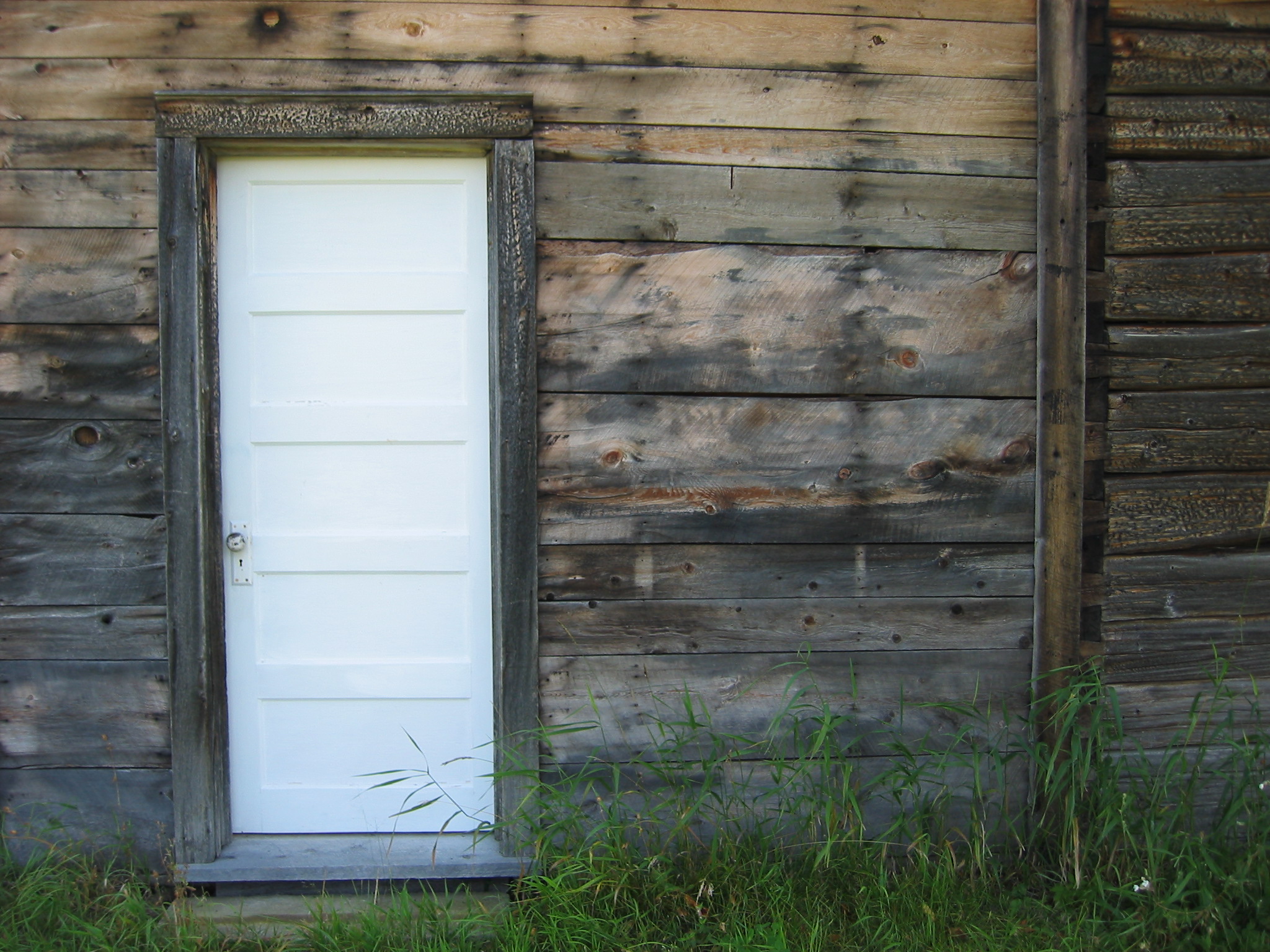 In the mid 1980s, just a few years before she died, my grandmother spent three winters writing a memoir about her life. I’m so appreciative that she wrote down many of her stories. They help reinforce my memories of and about her.

Her brief account of working on the loom is one of my favorites. It seems to capture her life of struggle and joy on a small subsistence farm in the remote Upper Peninsula of Michigan. I love imagining her at the loom, joyfully and forcefully banging the beaters together, scaring any person on the first floor who just happened to be visiting:

Grandma (Johanna) had woven rugs for many years. I would help her set them up which was rather a complicated procedure so as not to get the warp tangled. Later on, when Grandma was not able to do it, Kully would help me. No problems because he was always so organized. I wove several hundred yards each year, mostly in the winter months. For a time we had the loom upstairs. One time the Metropolitan insurance man came over and I was weaving upstairs. He thought the roof was coming down as I banged away. I had intended to weave mostly for my family but there was such a demand for rag rugs at that time I ended up weaving mostly for other people. Sometimes that was rather stressful as there was not that much time for it. What I had hoped to be a leisurely pastime turned out to be a frustration at times. If you can do it for enjoyment it is very interesting and is a therapy. I gave it up when I went to work outside of our home.

How often did she experience the joy of banging on the loom? In her story, she describes how her sense of duty—her obligation to weave for others— became too great of a burden and she eventually gave up weaving. While her description of the burden complicates my understanding of her joy, it doesn’t diminish my appreciation of it. In the midst of a difficult life, she didn’t lose her joy. She found a way to express it and pass it on to others.

The bold and persistent assertion of a spirited self.

Why do I like her account so much? For many reasons, but perhaps most importantly because my grandmother’s joyful—exuberant, physical, loud, playful—banging on the loom is, to me, the bold and persistent assertion of a spirited self who refused to be silenced by the burdens of a difficult life.

I chose to name this interactive story project “Banging on the Loom” to pay tribute to my grandma’s joyful and persistent spirit. Not only do I admire that spirit, but I recognize and want to celebrate (and safeguard) it in myself.

I also selected this name to honor the tradition, among Finnish-American women in the Upper Peninsula of Michigan including the Puotinen women, of rag rug weaving. This tradition was so meaningful for my mom that in her late 50s she went back to school and earned a BFA in fiber arts. Before she died in 2009 from pancreatic cancer, she often talked passionately about the importance of passing this “dying art” onto future generations.

And, I’m using “Banging on the Loom,” because I see rag rug weaving, with its process of recycling old materials and weaving them into new, useful objects, as a good model for what I’m doing in this interactive story project: I’m taking fragments of old stories from family members and myself and turning them into new stories about losing and longing for the Farm. I’m hopeful that these stories can be useful, sparking our memories of the Farm (to remember) and encouraging us to keep revisiting and sharing those memories with each other (to not forget).

Out of Necessity and Frugality.

Perhaps the most significant connection between rag rug weaving and my story project is that they both involve recycling used materials. In rag rug weaving, old clothes are torn apart and used to create a new rug. In my online stories, scraps of memory, in the form of old scrapbooks, photo albums, memoirs, digital videos, video footage, and memory books are dismantled, dissected or deconstructed and used to create new stories.

While Finnish American rag rug weavers used old clothes for new rugs for many different reasons, it was often out of necessity and because they did not like wasting anything. Not wasting anything. That sounds like my grandma. She used to take the last scraps of soap bars and combine them to make a new bar.

In crafting my stories, my situation is similar. I am recycling old Farm story projects because those stories, along with a handful of fuzzy memories, are all that I have left of the Farm. Since the Farm was sold in 2004, I can no longer return to it to create new memories. Out of necessity, I’m reusing the old ones.

I’m also reusing these memories/memory projects because I don’t want to waste anything. My parents sold most of the furniture and farm mementos when they sold the Farm. To tell the stories that I want and need to tell, I must reuse the old memories in as many different ways as I can. I can’t afford to waste any of these memories, there just aren’t enough of them.

Additionally, I don’t want to waste these memories/memory projects because I’m concerned that without my new stories, the old stories could be forgotten, discarded or simply left to gather dust in a random box in the basement. I want to share the scraps of memory from these old projects with others: family, friends, community members, people who have visited the Farm or are just interested in the U.P. and Finnish American heritage. These stories are too important to waste and the Puotinens who created them are too important to be forgotten.

The decision to recycle old materials is not simply out of necessity or because I’m frugal. Like many Finnish American weavers who have seen rag rug weaving as a way to connect with their heritage, I’ve been using old Farm stories to engage with past memories, experiences and inhabitants of the Farm. The process of recycling and pulling apart these old stories allows me not only to re-visit them, but to re-see and experiment with them, finding new ways to honor and embody the spirit of past Puotinens.